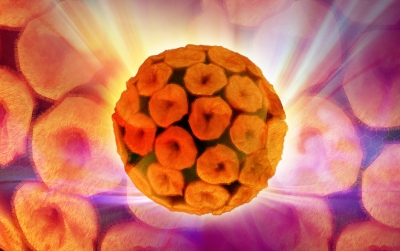 In September 2015, I read in HPV Action's news that the Government’s vaccination advisory committee (JCVI) has delayed making a decision on vaccinating boys against the Human Papilloma Virus until 2017 - http://bit.ly/1Gbg3TX.

Could this be a timely and costly mistake from every perspective? Not just costly in terms of NHS money spent treating new cases of oral cancer in the male population but also in terms of lives lost.

HPV’s contribution to the ‘near’ epidemic in head and neck cancers is a huge concern particularly in the younger population. Young people are exposing themselves to a barrage of predisposing factors including, smoking, chewing tobacco, drinking and a poor diet . However, what they do not know is that some types of HPV are spread via intercourse and oral sex and also cause changes in the cells of the mouth and throat. These changed cells have a higher risk of becoming cancerous. A recent study by the Health and Social Care Information Centre (HSCIC) discovered that out of 1,018 patients with oropharyngeal cancer, 72.8% were positive for HPV testing.

Girls aged 12 and 13 are currently being offered the HPV vaccine to safeguard them against cervical cancer. This vaccination kills two birds with one stone as it protects the girls against oral cancer too. So why not offer the vaccine to boys particularly when they are twice as likely to get oral cancer than girls? Well, it is probably down to the usual story of Government budgets and NHS finance. Peter Barker, Campaign Director of HPV Action, made a  significant point when he stated that even if a decision is granted in favour of vaccinating boys in 2017, it will take until 2020 for this move to be implemented. By this time, two million unvaccinated boys will be left at risk of oral cancer and genital warts. How much is this going to cost the NHS?

I will leave you pondering on this ludicrous thought as we fast approach Mouth Cancer Action Month. If you want to do your bit to educate the boys and screen them for oral cancer, why not plan a free oral cancer screening day in November.

Promote your event by:-

For more information on running free screening days in your practice and accessing GDC recommended oral cancer CPD for your team, go to http://www.pmp-consulting.co.uk/services-oral-cancer-cpd.html.