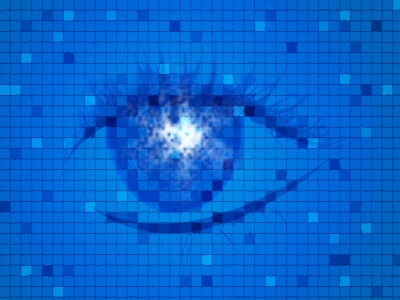 This is a quote from US President, George Bush. It was an exasperated response to a friend suggesting he spend a few days alone at Camp David to figure out where he wanted to take the country. I sympathise. After all, before management consultants were born, invented or created in some 'Frankensteinian' manner, the only visions appeared after midnight in cold, isolated buildings where nobody could hear you scream…

And mission statements were about going to the North Pole, the moon or Mars.

Have a team meeting. Pose the above questions. Get each member of staff to write single word answers on pieces of paper and put them in a bag, hat or (if you’re a large practice) a washing up bowl. Now pass the receptacle around, each team member taking a piece of paper and reading out the word on it. If most team members indicate approval, keep it. If the consensus is negative, discard it. The words that remain form your practice’s dream – arrange them in a memorable sentence.

"To embrace the human spirit and let it fly." (Virgin Atlantic).

"Making the whole planet feel better. One bottle at a time." (Naked Juice).

"To refresh the world; to inspire moments of optimism and happiness; to create value and make a difference." (Coca-Cola).

A bit cheesy, aren’t they? Probably cost a lot of time and money to think up, too.

To get back to basics, one word at a time

Okay, let’s cut through all this. I’m with Andrea Goulet Ford (https://about.me/andreagoulet) here – she aims to rid the world of corporate babble, one concise sentence at a time. She says forget mission statements, think rallying cries. Now we’re talking. Whoever heard of a soldier inspiring his or her troops with a mission statement? A captain inspiring a team, a politician motivating supporters, a dentist actually rousing the staff with a mission statement? A rallying cry is what’s needed. A few sensible words that will make you get up in the morning, hurry to the practice and sustain you all day, through nice and nasty patients. This rallying cry will be universally understood by all and readily recalled when the CQC inspectors ask what your practice is about (they do, you know).

While the vision/dream is an ephemeral thing, the rallying cry is about action. It’s about beating the opposition, scoring goals, getting elected.

Have another team meeting. Ask each of your colleagues to write down what they’d say to the team in response to this scenario:

Imagine it’s 5pm on a Friday before a Bank Holiday and the whole team are lined up by the door wearing their coats. The phone rings, the answerphone cuts in and the message is (choose one of these options)

– Her Majesty The Queen will arrive unexpectedly in five minutes

– An unannounced CQC inspection will take place at 8am tomorrow

Put the answers in a receptacle as before, pass it around and read them out. Collectively judge the best ones and work them into the best rallying cry/mission statement.

If all the answers to the above exercise are negative, call me in for a team development session.

If the exercise results in a great rallying cry, call me in for a team development session in which we can skip the first part.