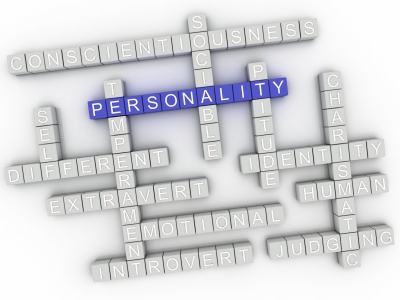 For this blog I’m going to stumble cautiously into the dense forest of psychology. That’s right – the word that is tricky to spell but gives a huge score if you ever manage to Scrabble it. Why psychology you may ask? Even if you didn’t I’m going to tell you. It’s because I’ve discovered something that will help you easily identify the different personality types in your team. It’s called the Big Five (I’ll explain the title BFI-10 later).

A bit of history

For psychologists it seems identifying personality traits are like astronomists exploring the solar systems – always more to discover. Gordon Allport was born in America in 1897 and a meeting with Sigmund Freud seems to have turned him against psychoanalysis and behaviorism. Instead, Allport found 4,500 terms in a dictionary which described personality traits and organised them into three categories: Cardinal traits, Central traits and Secondary traits.

Then came Britain, Raymond Cattell, who, with the help of many colleagues, identified 16 different fundamental components of personality. His 16PF Questionnaire can be tackled here if you wish: http://personality-testing.info/tests/16PF.php

Other psychologists, such as German Hans Eysenck, added their two-penneth (actually three factors) over the years. These included Katharine Cook Briggs and her daughter Isabel Briggs Myers who developed the well-known Myers–Briggs Type Indicator.

In recent decades researchers began to believe that there are five core personality traits – the Big Five. These are Extraversion (excitability etc), Agreeableness (kindness etc), Conscientiousness (thoughtfulness etc), Neuroticism (sadness etc) and Openness (imagination etc). Unfortunately, ordered in this way the initial letters don’t make a word so they must be rearranged for the acronym OCEAN can be used.

Now for the really exciting part. The Big Five Inventory-10 (BFI-10) can be used to measure personality in one minute or less. You answer just 10 questions about how you see yourself on a scale of one (disagree strongly) to five (agree strongly). Then score the results to determine for Extraversion, Agreeableness, Conscientiousness, Neuroticism and Openness.

You can have a go here: https://socialwork.buffalo.edu/content/dam/socialwork/home/self-care-kit/brief-big-five-personality-inventory.pdf

Personality tests should be used with caution and I don’t suggest you recruit or sack someone on the basis of them. However, as part of a team exercise to work out who may be best suited to particular tasks, they can be a handy tool. I explain more on my Team Development course.

If you enjoyed reading this blog, tell me, tell a friend and tell everybody you know on social media.